L'Institut pour la démocratie / Who are we? 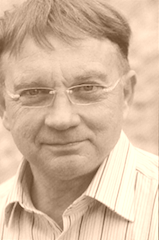 The Institut pour la Démocratie was founded in 1986 by Guy Lardeyret, a political scientist specialized in the field of democratic engineering.

Guy Lardeyret studied at the Sorbonne under Jean Baechler (political philosophy), Bernard Owen (electoral processes) and Jean-Marie Cotteret (communication sciences). He is a member of the association of French constitutionalists.

He first assisted Yvon Gattaz in launching a business movement, which brought this industrialist to the head of the French major business organization (MEDEF). In the same period, Guy Lardeyret was a collaborator of Alain Madelin, before he became Minister of the Economy, and was for several years in charge of studies for the party of Valery Giscard d’Estaing. He was the rapporteur of the working group on multiple functions (Léotard report) and on the financing of political parties (Rossinot report). He, later on, organized the training of local elected officials of the Conservative parties in the Ile-de-France Region within the frame of the Institut du citoyen, that he had co-founded with Alain Chevalier, president of LMVH, and Michel Giraud, president of the Ile-de-France Region. He finally launched the Institut pour la démocratie, as a think-tank devoted to political engineering, with the support of Jean Foyer (1921-2008), Minister of Justice under Charles de Gaulle, former president of the Laws Committee at the National Assembly, critical of the presidential shift of the Fifth Republic

Beside these activities, he has gained experience as an elected representative in the assembly of Sarthe, a French département, and as mayor of a local village.

He has written various articles in the French Press (Le Monde, Le Figaro, les Echos, Jeune Afrique, etc.), and a synthesis on the lessons of experiences in the field of constitutions and electoral laws, based initially on the experiments of South American countries, which was published in the Cahier de la démocratie n°1 (1993). He then became a member of the Association of French constitutionalists. For the Journal of Democracy, Washington, he has written an article entitled “The problem with PR”, republished in The global resurgence of democracy, The Johns Hopkins University press, 1996, and Electoral systems and Democracy, The Johns Hopkins University press, 2006.

Since France had already experimented with every possible institutional combination over the last two centuries, the country can be considered a veritable laboratory for researchers, although it has not been able to draw all the lessons from them yet. After passing the French political system through an X-ray analysis for thirty years, Guy Lardeyret has published two books: Relever la France, les dix remèdes, (Picking up France, the Ten remedies) Institut pour la démocratie, 2011, and Démocrates, levez-vous ! L’enjeu de 2017, (Stand up, democrats! The stake of 2017) L’Harmattan 2016, reedited in 2019 as Démocrates, levez-vous! Une occasion unique (Stand up democrats! A unique occasion).